Wechat is the Most Important
Marketing Tool in China

1. The Basics of Wechat
With wechat you can "add" someone and then they will either accept your request or not. As to Wechat groups, you need to be invited into the group by an existing group member. You can send photos, text messages, videos, web links (links to your website), and other documents to your contacts and also inside groups for all to see. Notification of a new messge in a group is set to "On" by default. So, if you post a picture containing product or service descriptions and your website address to a group, quite a few people will get notice of it. Every person's wechat account has a section called "Moments", and it is really just like a Facebook personal page. Virtually everyone lists products or pictures of their friends and funny dog pictures. You can look at this section before you add a person (unless they have made it "private" so that it is NOT shared with the world outside their personal contacts). Most people keep theirs public. Thus, you can get to know a little about the person before you add them, and likewise they about you before they accept your "friend" request.

2. Groups
Just as with Facebook there are literally millions of groups. Their topics/subjects are also as varied as Facebook groups: tennis, running, doctors in Shenzhen, and Geologists. Once you're inside the group its easy to click on the button that lists out all the other members of the group. If you're willing to spend the time you can go through and add as many of the other individual members of the group as you like.

2. Broadcast Messages
One really good way to take advantage of broadcast messages is to have a few local Chinese employees, or friends, or contacts execute a "chain" of broadcast messages. First, you have them send out broadcasts to their own contacts (if applicable), and then have them convince or pay others to do the same. It is not a difficult process so it doesn't cost much. Another tactic is to have them get into groups of people who might have a special interest in your product, and then post inside the group. They can also selectively add people from within that group, and later turn around and send out broadcast messages to them. Wechat allows you to label/organize your contacts by tags/keywords as well.

4. Legalities
There are two kinds of wechat accounts: normal accounts and what I call "public number" accounts. Most people have the former, and you can do virtually everything that a public number account can. For example, you can send broadcast messages to up to two hundred contacts at a time. Normally, you just fire off two hundred, then the next two hundred and so on, until you sent your broadcast to all of your contacts. Public number accounts can post more things to a special "moments" area, and interact with visitors programmatically. They can also send to all of their contacts in one blast, not two hundred at a time. You must have a business license in China to get a public number account.
Home
Website Development
Chinese Translation
Quick Wordpress Setup
Barranquilla, Colombia Expat Blog 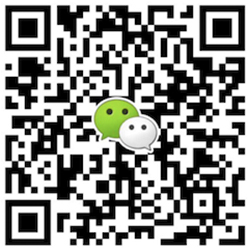